The Government has restored the Superannuation Guarantee (SG) amnesty aiming to provide employers who have fallen behind with their SG obligations the one-off opportunity to “self-correct”. However, this time those continually fail to take any action will be heavily penalised.

The announcement of the Amnesty is proposed to have immediate effect from May, commencing on 24 May 2018 and ending on 23 May 2019. The original amnesty failed to go through Parliament as many claims that the Amnesty is unnecessary to the recalcitrant employers.

Since the original announcement, the ATO reports that over 7000 employers have come forward to voluntarily disclose historical unpaid super. The government has estimated that around $2.85 billion in SG payments is currently owed in late or went unpaid.

When is the Amnesty effective?

The legislation to give effect to the Amnesty was introduced into Parliament on 24 May 2018, and if enacted, will apply retrospectively and end six months from the date it receives royal assent. During this six-month time frame, employers are required to voluntarily disclose underpaid or unpaid SG payment.

The Amnesty applies to disclosures of previously undeclared SG shortfall amount up to until March 2018 quarter.

How do employers qualify under the Amnesty?

To be eligible for the Amnesty, an employer must voluntarily disclose SG shortfall amounts. Employers are obligated to pay all that is owing to their employees. Alternatively, employers can set up a payment plan with ATO if your company is not able to pay off the full shortfall SG amount. Defaulting on a payment plan will expose the employer no longer qualify under the SG Amnesty.

Should bear in mind that the Amnesty only applies to voluntarily disclosure. The ATO are, in the meantime, continuing its compliance activities against employers during the Amnesty period. Employers will face full amount penalties if they are subsequently caught by paying late or not paying any unpaid superannuation in full. The Amnesty does not apply to the amounts that have been identified by ATO as unpaid SG shortfall or where the employer is subject to an ATO audit.

What do employers pay under the amnesty?

Normally, if employers fail to meet their obligation on time, they are liable to pay the SG charge (SGC) imposed in relation to this SG gap and lodge a Superannuation Guarantee Statement. The SGC cannot be waived even if you pay the outstanding SG soon after the deadline.

Under the Amnesty, employers who voluntarily disclose previously undeclared SG shortfalls are entitled to claim a tax deduction for these “catch-up” payments made in the Amnesty period.

What happens if you don’t take advantage?

If an employer doesn’t take advantage of the Amnesty and are caught down the track, they are liable for the harshness fines, equal to double the amount of the SGC, i.e.200 percent of the SGC payable The Commissioner may remit all or part of the additional SGC payable by an employer. The legislation gives the power to the Amnesty to impose significantly higher penalties on employers who are not willing to voluntarily deal with SG gap by removing the ATO’s capacity to reduce the penalties below 100%. In fact, the Commissioner loses power for leniency even in cases where an employer has made a genuine mistake.

What to from here?

Even if you don’t think you have an outstanding obligation in relation to superannuation, it is wise to undertake an audit of your payroll in order to ensure your superannuation payable is calculated correctly and employees’ pay rates are in line with their entitlements under law and legislation.

If your business has engaged any contractors during the Amnesty period, reviews should be properly undertaken to ensure they are classified as employees under the SG provision even if two parties have reached the consensus that they should be treated as contractors. In other words, you cannot contract out of SG obligations.

If a problem is revealed, you can correct it without excessive penalties applying under the Amnesty. If you are uncertain about what Awards and pay rates apply to employees, there’s a pay calculator available on the FairWork Ombudsman’s website or you can contact them online or call them on 131394.

If you have not previously fulfilled your obligation in relation to superannuation and has the entitlement to the Amnesty, you should start working on this issue or get in touch with Pitt Martin on 0292213345 or connect@pittmartingroup.com.au.

Disclaimer: This article is not providing a formal advice and may not suit to all scenarios. Please make an appointment with us to discuss. 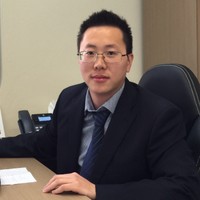